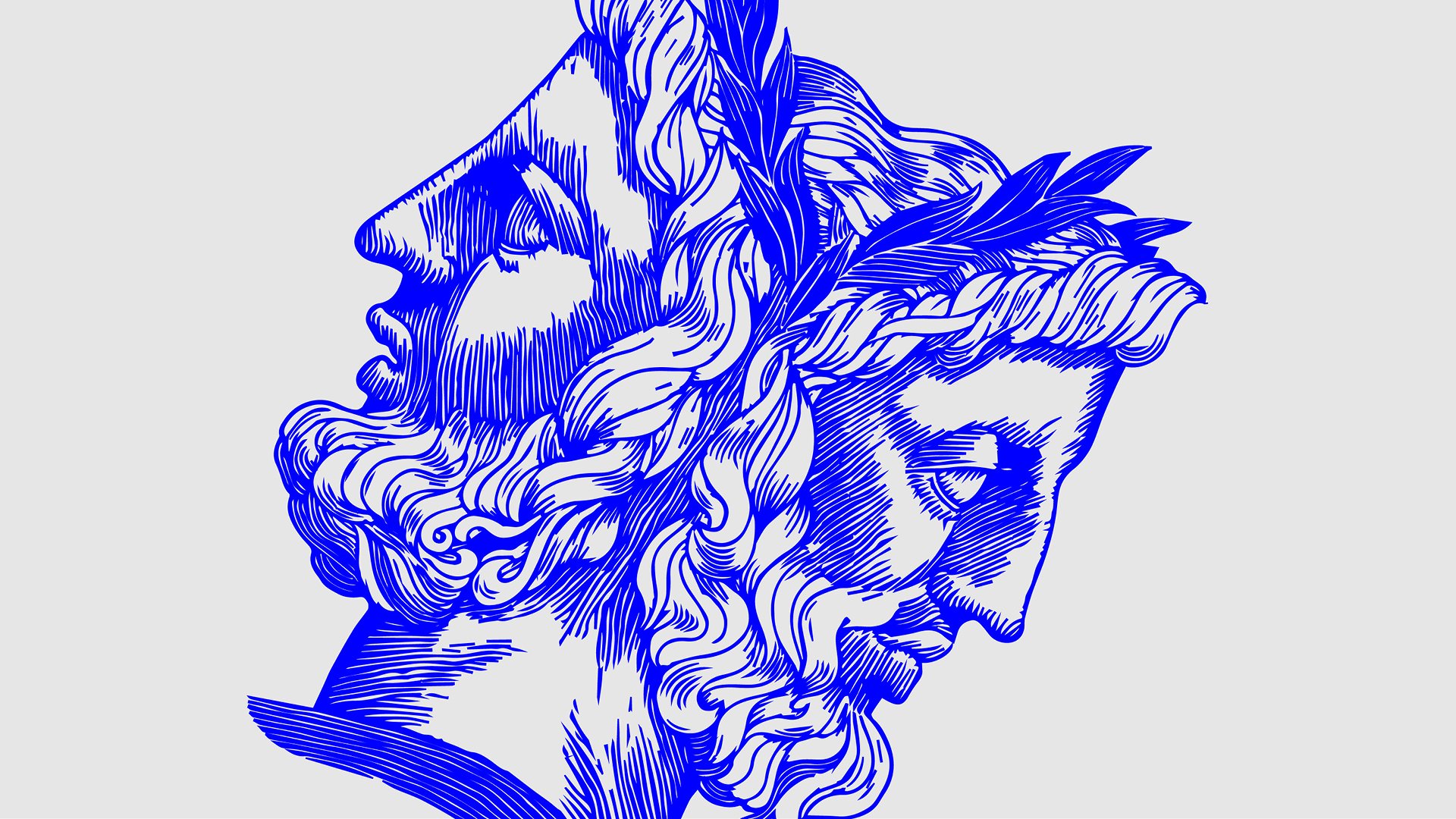 Posted at 20:23h in Articles, Features by Caitie Leibman 0 Comments

Driving the city by night, I catch sight of only the occasional porch strung with twinkling lights. It is, after all, the end of January: another Christmas, another New Year’s Eve have come and gone. I find joy in this particular bit of unfinished business, a warm glow that reminds me of the moments of happiness and beauty I experienced at the end of the year.

Now we’re deep into January, named by the Romans for Janus, “the god of good beginnings.” Scholar Edith Hamilton writes that the temple to Janus in Rome “ran east and west, where the day begins and ends,” and housed his statue, which had “two faces, one young and one old.” (1) Facing both forward and backward, Janus not only protected beginnings, but ensured good endings.

Like the spirited homeowners with their Christmas lights still blinking, I, too, might be carrying unfinished business with me through January. I, too, must consider places where I might have missed the mark coming into 2013. I think of the various roles I play in life: a forensics coach, a partner to a kind man, an employee in an academic office. In my capacity as a graduate student, though, I feel my mind lock like a magnet onto the word “thesis,” an endeavor that has kindled sparks of fear, excitement, and anxiety.

Many days during the fall semester, I walked the blocks between my office and campus for meetings with my advisor and other professors. I often listened to music or podcasts during the walk, to relax myself along the way. When I forgot my headphones or found applications malfunctioning, I faced one of the most painful sounds: the voice inside my head.

I was slogging through one dangerous pile of gunk: these were questions of failure.

Some of them sprung from my environment. In academia, I had come to believe, one expects to become successful by acquiring experiences and projects that fill a competitive curriculum vitae. While I had been receiving encouragement along the way, the looming competition for my dream career of choice gave me the feeling that I had to find the perfect formula of experiences and projects now.

Such a strategy, one of calculations and end games, I discovered was not lost on modern theorists. Scholar Edén Torres writes that “every business—even the university—is prepared and able to downsize at its convenience . . . to expel, deport, ostracize, exile, or replace” anyone as the institution sees fit. (2) In such an atmosphere, it was clear why even a young student with a (frankly) privileged background felt anxiety pursuing work in the humanities.

This anxiety stalled my work. I saw only the vast forest, blind to the shapes and edges of any of the trees. I needed to get words to the page, to the screen, and I needed to stop worrying about whether my work would deem me “subversive,” whether it would fulfill any particular expectation of the faculty, of anyone who read it.

Throughout the semester, the forensics community offered me creative shelter. I tried to help students develop their own voices by providing feedback on platform speeches and by responding to cuttings of literature. My students—and competitors from across the nation—reminded me again and again that any given topic deserves attention and consideration. An example: at their annual L.E. Norton Invitational, the students of Bradley University used The Hunger Games as the theme for the weekend. This pop culture frame provided entertainment for the attendees, but also offered a platform for a fundraiser that generated nearly $3,000 for a local food bank.

Whether its subject was a current issue or a fading symptom in society, each speech I’ve experienced as a coach has offered an analysis: an exercise in examination. My students have made critical thinking beautiful, and they have made it look easy and natural.

Last semester I was introduced to the work of Nancy Willard. When I first read her poem “A Letter from Ferns in Their New World,” I thought of the forensics community. The poem began:

Our jade coils knotted and packed in paper,
we arrived in the new world, ten ferns from Connecticut
traveling third class in a wooden box
stamped with our motto: alive and perishable. (3)

The ferns took root in an unfamiliar place, but spoke words of comfort to fern relatives that might have met a similar fate. “Trust us,” they said. I could picture each of my students walking to the front of a distant classroom, planting their feet and letting their voices ring out.

Aren’t we all alive and perishable?

My anxiety over my work suddenly felt foolish. I realized that I faced the same challenge as any other human, that of making the most of my time and abilities. And nothing would happen on the page or for those around me if I kept tiptoeing around the work, afraid of embarrassment or rejection. I wasn’t acknowledging that writing, like all forms of learning, was a process. Instead of thinking of each submission as another stroke that would help fill the canvas, I was imagining each more like a dart hurtling toward a board through the darkness: I would either hit it or miss it. Success or failure, and no possibilities between.

I could understand how the pressure of it all had tricked me. So many of life’s activities, I saw, earned immediate reaction and satisfaction: academic pursuits were not often among these. A sign of progress, however, soon appeared. When I relaunched a blog I had started writing years ago, I decided—for no conscious reason—to keep many of the less articulate and less thoughtful posts of my younger self. My partner read through the archive. He told me that he could see the growth that had happened in me. He pinpointed the very post where it became clear that I had started reading creative nonfiction. As a student of writing, that was thrilling to hear.

In his book Calendar, a work examining humanity’s relationship with the measurement of time, David Ewing Duncan writes, “This is our blessing and our curse: to count the days and weeks and years . . . to capture them all in a grid of small squares that spread out like a net cast over time: thousands of little squares for each lifetime.” (4) I knew this wasn’t the sum of a life—a tally of boxes on a calendar—but like Duncan, I recognized that we had to decide how to “capture” meaning. It was why I was drawn to writing and why so many of us were drawn to forensics: to relay experience, to communicate value.

And any of us who’ve survived writing an ugly sentence or flubbing a delivery know a thing or two about productive failure.

For as much as I adore the Christmas season, I did take down my decorations in a more timely manner than some of my neighbors. The end of another year, however, has offered me a moment of reflection—on what feels like unfinished business, but might actually be a need to accept a bumpy ride with a little more bravery.

Productivity consultant David Allen of Getting Things Done fame writes that people “would be much farther ahead just cleaning up at the end of the year, as opposed to moving things forward.” (5) Starting fresh in a new year might mean first taking a look back. Or at least shoving any stray albatross out of the frame. To make space for hope—hope for the future—I know I need to start with a clear picture of my present.

We are alive and perishable: we must embrace that reality, and risk some beautiful failure.