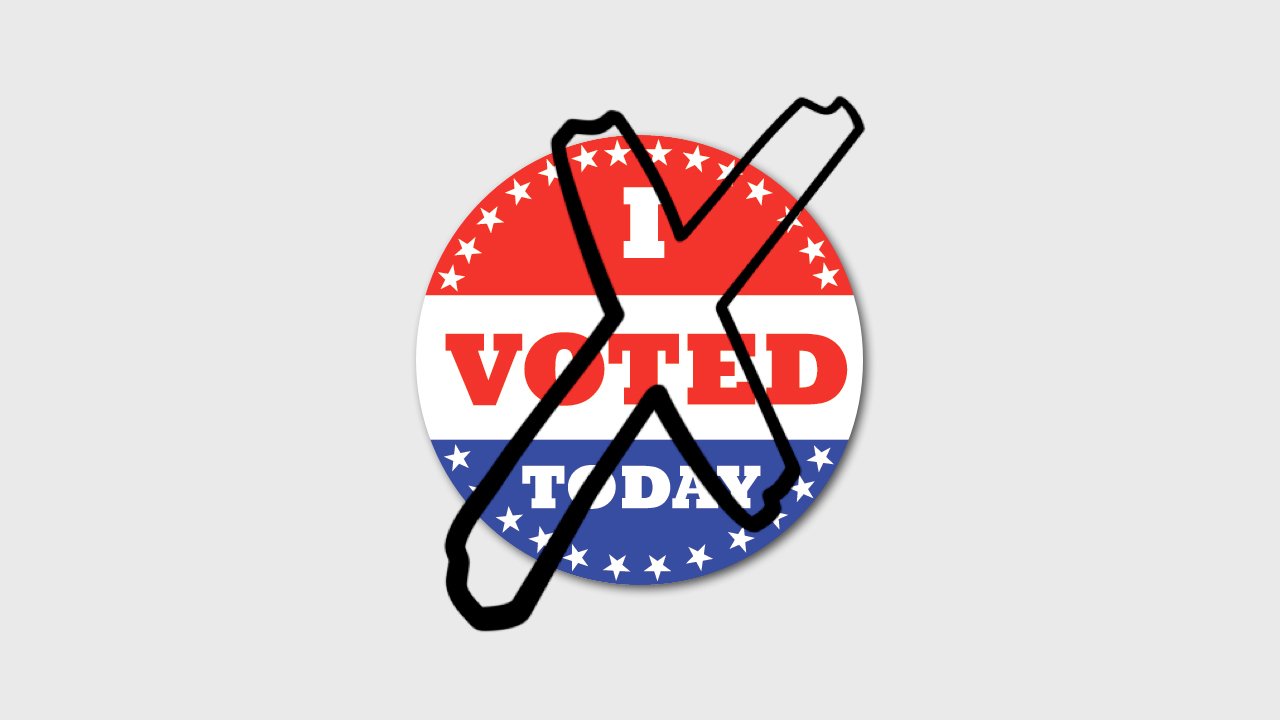 Posted at 11:38h in Episodes, Features by Loudspeaker 0 Comments

No Vote For You

Voter ID Laws are laws that require either a non-photo or photo identification to receive a ballot for a United State election.

As of September 2012, there are 33 voter ID laws that have been enacted. The National Conference of State Legislators (NCSL) is one of many organizations monitoring the voter issue in each state. Although the 33 laws differ in details, the NCSL state that there are two main differences:

STRICT VS. NON-STRICT: In a Strict state, A voter has to first present an ID before getting an opportunity to cast a ballot. However, if a voter initially forgets to bring their ID and they bring it a few days later, the ballot will be counted. If not, the ballot will be thrown out.

PHOTO VS. NON-PHOTO: As it sounds…If a state has a photo ID ruling, it the voter has to provide photo identification or answer personal questions correctly. On the flip side, other states provide a list of acceptable forms of identification (that don’t need to have a photo).

Both Sides of the Voting Issue

Kris Kobach, Kansas Secretary of State, has one of the many officials leading the charge in stricter voting legislation. Kobach and others in support of the NEW Voter ID laws argue that voter fraud is dramatically effecting the democratic process. 5 states (Georgia, Indiana, Kansas, Pennsylvania and Tennessee) have the strictest voting regulations. Voters from those states must show photo ID at polling place or follow-up with election officials soon after the election if they fail to provide a photo ID when voting. This seems simple enough, right?

On the other hand, protesters argue that government officials are making voter fraud a bigger issue than it necessarily is. For example, Kansas (the state where Kobach resides) reportedly had 221 incidents of voter fraud between 1997 and 2010. In addition, some people contend that the NEW voting requirements are not a simple process and suppress people from their right to vote. Journalist Bill Moyers reveals some of the people who are being muffled by these laws.

Voter ID Laws: Who Doesn’t Have Photo ID? from BillMoyers.com on Vimeo.

Implications and other voting news 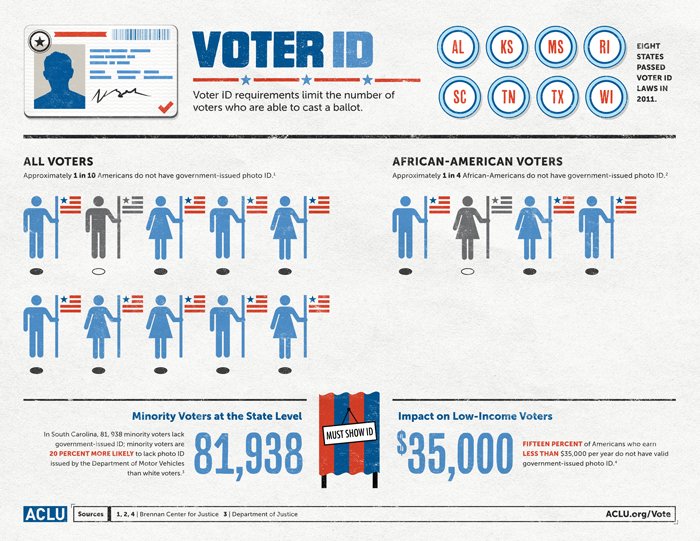 On Thursday, August 30, 2012, federal judges denied Texas’ voter ID law. The three-judge panel from the U.S. Court of Appeals for the District of Columbia ruled that the law would disproportionately affect low-income and minority voters. “The State of Texas enacted a voter ID law that — at least to our knowledge — is the most stringent in the country,” the decision reads. “That law will almost certainly have retrogressive effect: it imposes strict, unforgiving burdens on the poor, and racial minorities in Texas are disproportionately likely to live in poverty.” (reported by Politico)

Here’s a couple of reactions of the decision from officials:   “The Supreme Court of the United States has already upheld Voter ID laws as a constitutional method of ensuring integrity at the ballot box. Today’s decision is wrong on the law and improperly prevents Texas from implementing the same type of ballot integrity safeguards that are employed by Georgia and Indiana—and were upheld by the Supreme Court. The state will appeal this decision to the U.S. Supreme Court, where we are confident we will prevail.” – GREG ABBOTT, TEXAS ATTORNEY GENERAL

“This case demonstrates precisely why we still need Section 5 (of the Voting Rights Act) in 2012. Without the process of federal review it mandates, democracy would have failed the largely minority population who cannot afford to purchase the underlying documents, travel long distances or take off work to get to the closest government office that issues photo identification.” – TERRI BURKE, AMERICAN CIVIL LIBERTIES UNION OF TEXAS (Reported by KHOU.com)

No Vote For You: Episode Credits

With the upcoming 2012 elections, we wanted to present a couple of issues that might significantly impact the democratic process. The NEW Voter ID laws and re-setting of the electoral districts have become highly debated topics across the country. However, many have never even heard of these issues. The three speeches we are presenting in our podcast (below) argue against the Voter ID laws and re-setting of electoral districts.

Loudspeaker is no way shape or form, here to promote a political agenda. Instead, we hope these speeches and our content start a civic discussion about a couple of issues that effect all of us. In addition to our podcast, we will attempt to deliver information that represents both sides of the issues. If you have any information that might help further this conversation, please contact us or post the info below.

Part Two: Amanda Stoffel performs her After Dinner Speech from the 2011-2012 speech season. Amanda currently competes at University of Nebraska at Lincoln.

Part Three: Brock Ingmire performs his Persuasion from the 2011-2012 speech season. Brock competed at Kansas State University and is currently at the University of Kansas studying Law.