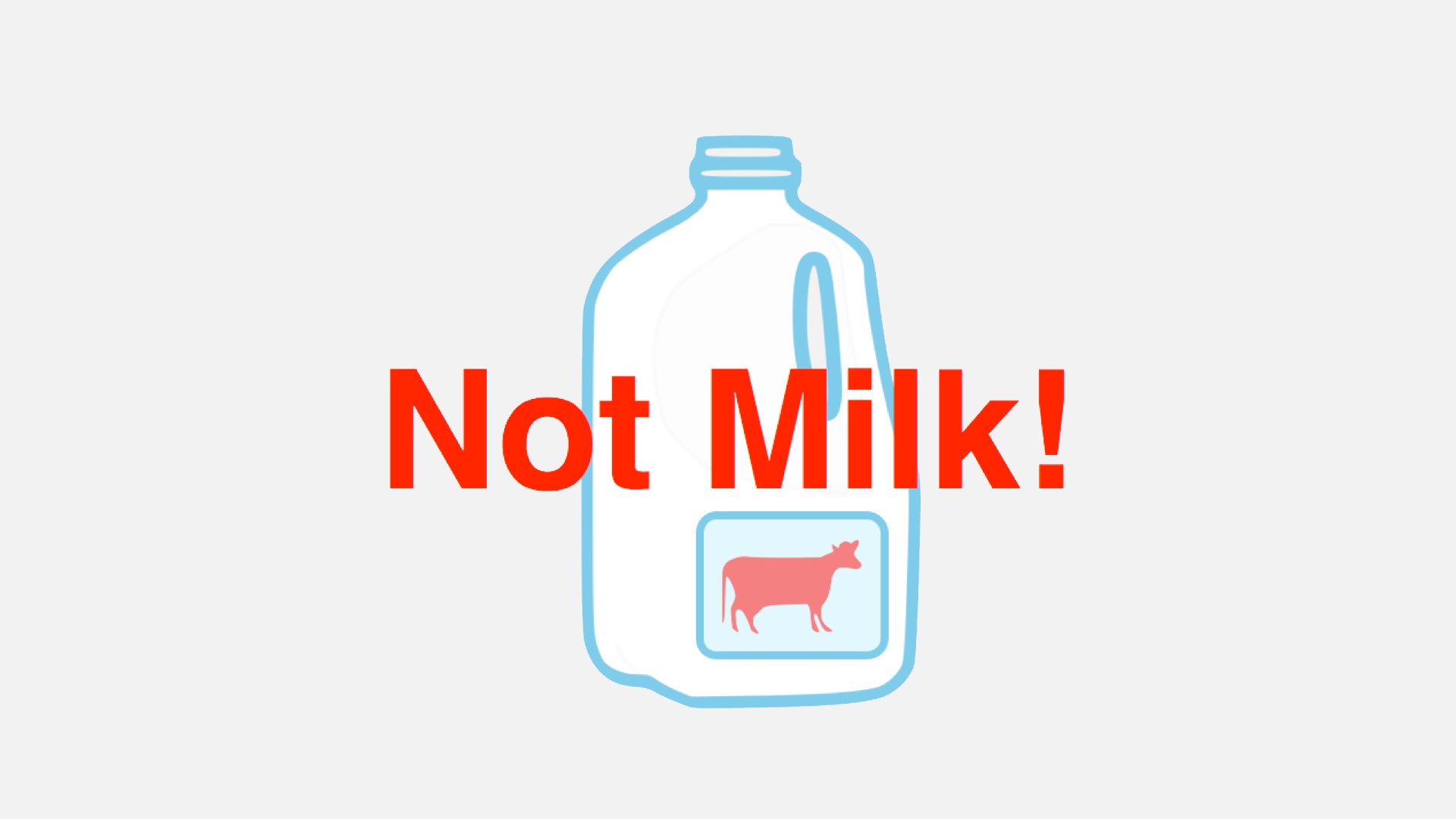 Posted at 19:18h in Articles, Features by Loudspeaker 0 Comments

In an effort to revamp the food pyramid, the USDA created the color coded my plate focusing on four major food groups and detailing the amounts a person should have of each. However, Harvard disagreed. According to ABC News on September 15th, 2011, while the USDA suggested drinking a glass of milk with every meal, Harvard replaced that glass of milk with a glass of a water. Arguing that milk isn’t as healthy for as we think. The New York Times on July 7th, 2012 explains that regularly drinking milk has been found to contribute to type 1 diabetes, prostate cancer obesity, and other health risks. Additionally, dairy farming is a significant source of greenhouse gases. Considering that the U.S Department of Agriculture stated on August 2012 that the United States consumes an average of 6.2 billion gallons of milk each year or about 20 Gallons per person, we need to stop drinking milk; both for our own sake and for the sake of the planet.

So today, let’s look at the problems, causes, and solutions to our nation’s overindulgence in dairy because as Week News states on July 19th, 2012, “No other species drinks milk from another species — drinking Cow’s milk is simply unnatural.”

The Problems With Milk

To understand why we need to stop drinking milk, we need to examine the problems behind this; first, by examining how milk is threatening our health and, second, the problems created for the environment.

First, milk is not only lacking in nutritional benefits. It also causes new health problems. Milk has long been advocated as one of the best weapons in the fight against osteoporosis. However, a study conducted by the Osteoporosis International from July 2012 found that people were at greater risk for bone fractures when they consumed the daily recommended three cups of milk. Milk leeches out the calcium from our bones – and makes them weaker. This calcium is then deposited between joints leading to arthritis. Beyond this, the Scientific American on Jun 13th, 2012, argued that Milk causes the growth of bacteria that weakens intestinal walls leading to major bowel disorders. Moreover, a study published by Harvard Medical School on September 20th, 2012, states that men who had a high diet in fatty foods, particularly in milk and dairy, showed higher risks of getting prostate cancer. The New York Times explains on July 7th, 2012 that ounce for ounce, one glass of milk has the same amount of calories as a glass of soda, meaning that not only are we more likely to gain weight but we are also more likely to get diabetes as well.

Second, aside from milk being terrible for our bodies, dairy farming itself is harming the environment. According to Purdue University’s Animal Education Network, last updated January 2013, there are over 8 million dairy cows in the US on over 60,000 farms. According the Environmental Protection Agency’s website, last updated January 2013, these cows emit a combined 5.5 million metric tons of methane per year, or 20% of the U.S Methane emissions. Natural gases like methane, trap heat and perpetuate the global warming cycle. Not only does taking care of dairy cows contribute to global warming but it also wastes valuable resources. Bloomberg Buissnessweek states on August 30th, 2012 that it takes 1000 liters of water for a cow’s feed to be grown and for the cow to be able to produce milk. Unfortunately, our high demand for milk ensures that this farming will continue, despite its environmental cost.

Why Milk Is Our White Knight

Yet, if milk is so bad for us and, why do we drink so much? Our love affair with dairy comes from two causes: government targeting of schools and poor research.

First, the government spends lots of money to subsidize the milk industry. To justify this spending, they encourage drinking it in schools. According to the Envirionmental Working Group on September 19th, 2012, the U.S has spent over 4.9 million dollars on subsidizing the dairy industry between 1995 and 2011. Their heavy investment in dairy farming has prompted government institutions to create advertisements such as the “Got Milk?” campaign. Additionally, milk is made available with just about every school lunch. According to Scoops Independent News on April 3rd, 2012, students are told to drink milk in schools and to visit the “Got Milk?” website to win school supplies, iPods, guitars, and brandname clothing. Essentially this campaign hopes to create lifelong milk drinkers all by bribing students to engage in unhealthy behavior.

Second, it seems paradoxical that while the government has been working to cut U.S. soda and junk food consumption, it promotes the equally unhealthy milk. This has gone largely unquestioned because of the use of poorly conducted research. According to American Council on Science and Health from September 15th, 2012, dairy products, especially milk, are believed to be essential to living a healthy life. However, the council notes there has been little scientific evidence to support this claim. Additionally, the majority of the studies that argue milk has benefits use terrible methods. For example, according to the U.S National Institutes of Health’s clinical trial page from October 9th, 2012, because of genetic predispositions to lactose intolerance, African Americans are typically excluded from milk studies, Researchers exclude them in order to limit negative results from the data, not only does this mean these studies are hardly scientifically valid, but they ignore the impact of milk on a community most likely to feel the negative health risks.

To ensure that we move away from this dangerous drink we need to enact solutions on the governmental and personal levels.

First, the government needs to stop promoting milk and the misinformation about its health benefits. The Huffington Post from July 25th, 2012 reports that the Physicians Committee for Responsible Medicine has actually filed a petition with the USDA to ban milk from school lunches due to all of the health risks associated with it. Schools are intended to help our kids be healthy and prosperous adults, and ensuring they stop serving and promoting milk can help them achieve this goal. Beyond this the government needs work off of and promote better milk research. Research needs to be conducted fairly and without bias in order to develop more accurate results. The previously mentioned U.S National Institutes of Health’s Clinical Trials page is currently looking for African American participants to partake in tests to explore how age affects their bone mass to reexamine osteoporosis and how it affects them, since they are typically excluded from other tests. The government must incorporate data such as this into their policy, otherwise they are doing a disservice both to excluded minorities and to the accuracy of the research.

Second, we need to stop purchasing milk. There are other safer and healthier alternatives. BBC News on September 20th, 2012 reminds us that milk is not the ultimate supplement drink, nor is it the only food that provides the calcium and other essential nutrients. Harvard’s School of Public Health in 2013 suggests that we avoid milk altogether and replace it with water to decrease our chances of getting certain types of cancers. It notes, we can get our needed values of calcium and vitamin d from fish, beans, dark green leafy vegetables, and soy. The consumption choices we make now will affect us in the future and thus it is important to move away from dairy and stop thinking of milk as a food staple.. Milk drinking is a hard habit to kick – I know, I love the taste of milk — However, it is necessary for us to stop drinking it if we want to continue living healthy lives.

Milk is intended for baby cows, and after looking at the problems, causes, and solutions to this milk drinking problem its clear that they are the only ones who should drink it. All our lives we have been told that milk is good for us, however with such dire health and environmental impacts, it’s clear that this myth is just that, a myth. So the next time you are asked, “Got milk?” Say no thanks.