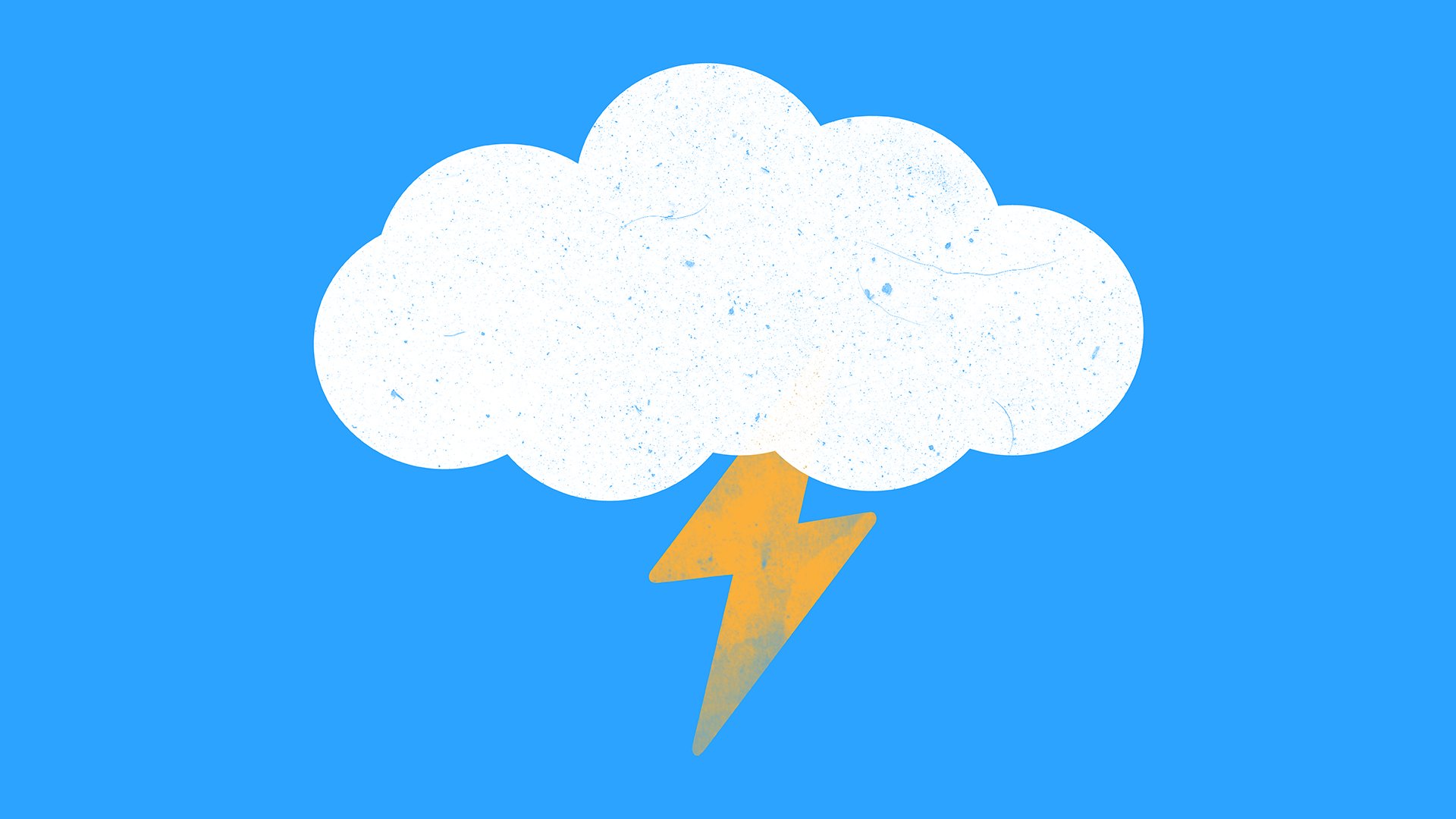 11 Jul Ready For The Storm: Preparing Those With Disabilities For Disasters

Posted at 07:51h in Articles, Features, Main by Loudspeaker 0 Comments

Ready for the Storm

Lauren Scrivo, like countless other Americans, suffered the devastating effects of Hurricane Sandy. In the chaos of the storm, she feared for her life, but as Inter Press Service of August 14, 2013 reveals, the hurricane wasn’t the most imminent threat; it was the power outage accompanying it. Scrivo lives with Muscular Dystrophy and uses a ventilator to breathe; however, without power she feared her medical equipment wouldn’t outlast the storm.  She, as well as the officials in her town of Fairfield, New Jersey, weren’t prepared to adapt to special needs in the wake of disaster. An all too typical phenomenon. Despite disaster preparedness being a standard part of any city, county, or state in our country – those plans rarely include the needs of disabled Americans. Current policies often fail to adapt to the limitations of the disabled, like the people who physically can’t hear warning sirens, or those who are unable to use the stairs when elevators aren’t operational.

A UN Disability and Disaster Preparedness survey conducted on October 10, 2013 found, eighty percent of disabled respondents admitted they would have significant difficulty evacuating their homes or work in a disaster situation. And considering the United Nations Office for Disaster and Risk Reduction explains on October 10, 2013, those with disabilities make up fifteen percent of the world’s population, we cannot allow this unpreparedness – at the cost of human lives – to continue.

It’s critical we explore the causes, effects, and solutions to this disaster waiting to happen, because as Susan Dooha, Executive Director of the New York Center for Independence of the Disabled told NPR on November 9, 2013 the disabled deserve to “have a shot of surviving” “a shot at being included” and “a shot at mattering.” Those of us with disabilities should have the same peace of mind our friends and families do. We aren’t a pack of buffalo, people. We don’t leave the slow ones in the back.

In a personal response to the previously cited UN survey, one respondent confided, “If I have prior knowledge bad weather is going to occur overnight, I sleep in my wheelchair” just in case. This fear has two causes: Ignorance, and the disabled population lack of planning.

Initially, as the Huffington Post of October 10, 2013 points out, so much must be considered when addressing disaster management, and frequently officials don’t know how to specifically help the disabled. For example, The New York Times of May 10, 2013 states during Hurricane Irene, New York City attempted to accommodate its disabled residents, however complaints cited numerous shortcomings in accessible housing, “transportation, and evacuation”.  According to the aforementioned NPR Melba Torres, who has Cerebral Palsy, wasn’t given enough warning before evacuation. She testified “The elevators had been shut down so at that point I was thinking ‘Oh dear God, how am I going to come down?” Officials are unable to make effective adaptations for those with disabilities when they don’t completely understand the limitations this community faces.

Additionally, many disabled people aren’t being proactive enough about disaster planning. The previously cited UN survey found seventy one percent of respondents didn’t have a personal preparedness plan and only seventeen knew of disaster management procedures in their area. According to the Center for Disease Control of October 30, 2012, those with disabilities understand their own medical needs much better than government officials or NGO’s, so when individuals fail to inform officials of their specific limitations, no one can ensure their particular needs will be met in the case of an emergency. As Paul Mugambi, a visually impaired activist told the previously cited Huffington Post, “Disaster reduction for the strong by the strong can never be disaster reduction for the people by the people.”

In the UN survey one man divulged “Because I can’t hear sirens, when there is severe weather, I have to stay awake to watch storms until [they’re] all gone.” There are two effects to this lack of consideration: First, psychological and physical injury, and second, completely avoidable deaths.

Simply, the disabled suffer more during emergencies. Alternet of November 16, 2012 recounts, two weeks after Hurricane Sandy a group of volunteers visited a twenty-five story apartment building stopping on each floor to hand out relief supplies. Upon reaching the higher floors, they encountered disabled residents who, since the power had been out for two weeks, were unable to use the elevator, and were therefore trapped inside their own homes. They rationed food, water, and medication. They had no access to running water for hygiene purposes. And almost worse, they had no idea when help would be coming. Further, for those that do get out, the previously cited New York Times points out shelters are frequently ill-equipped without disability accessible entrances, sleeping arrangements, and knowledgeable personnel. During an emergency, everyone suffers to some extent. The disabled inherently suffer more.

But at least if you’re suffering, you’re surviving. Unfortunately, the likelihood of survival goes down with disability. According to the National Centre for Health Physical Activity and Disability on May 05 2011, an elderly disabled man died after his Alabama home was hit by a tornado. With no way to reach a basement shelter, and no back up plan, he hoplessly wedged himself and his motorized wheelchair into a hall closet: a feeble defense against a relentless storm.  The Huffington Post of November 15, 2012 recounts the story of another disabled man, who drowned in his own apartment after water flooded during a hurricane. You could have walked out. He couldn’t. Sickeningly, IRINNews.Org on September 16, 2013 laments, because these deaths are not an everyday occurrence, we treat them as mere casualties.

The Right Kind Of Preparation

First, local governments need to adequately prepare for special needs in disaster situations by knowing specifics about their people. Officials in Los Angeles County California created SNAP, or Specific Needs Disaster Voluntary Registry, a website allowing those with disabilities to enter information about their special needs and location. This information forms a database ensuring first responders know who they’re looking for and what they need. I’ve written a letter detailing the importance of programs like SNAP, and I encourage you to take a copy after this round. Just look up the name of the disaster preparedness coordinator or Fire Chief in your town and send it to them. Their job is to keep citizens safe – they will appreciate knowing this information.

But if you have a disability, you’ve got to have a personal plan as well. The Federal Emergency Management Agency advises us on February 18, 2014 to make a disaster supply kit with portable medical equipment, medications, and a reliable power source. If you have a disability, talk to your support system about what you’ll need – just in case. If you are able bodied, talk to your friends with disabilities and make sure they have a plan. I live in a dorm, and it terrifies me to think of what could happen during a fire or tornado. It scares my able bodied roommate, too – but our fears are different. When you’re disabled, most daily life situations take planning – but we’re paying less attention to disaster planning than we do daily planning, and that has to change. I’ve begun getting my plans in place, because Heaven knows I fall enough just getting on and off my speech van. I’m not taking any more risks.

Margareta Wahlström, the Head of the UN office for disaster risk reduction laments, “The key reason why a disproportionate number of disabled persons suffer and die in disasters is because their needs are ignored and neglected.” But hopefully through analyzing the causes, effects, and solutions of our missteps in disaster management, Wahlstrom’s words will serve as a warning, giving us enough time to avert the next disaster.