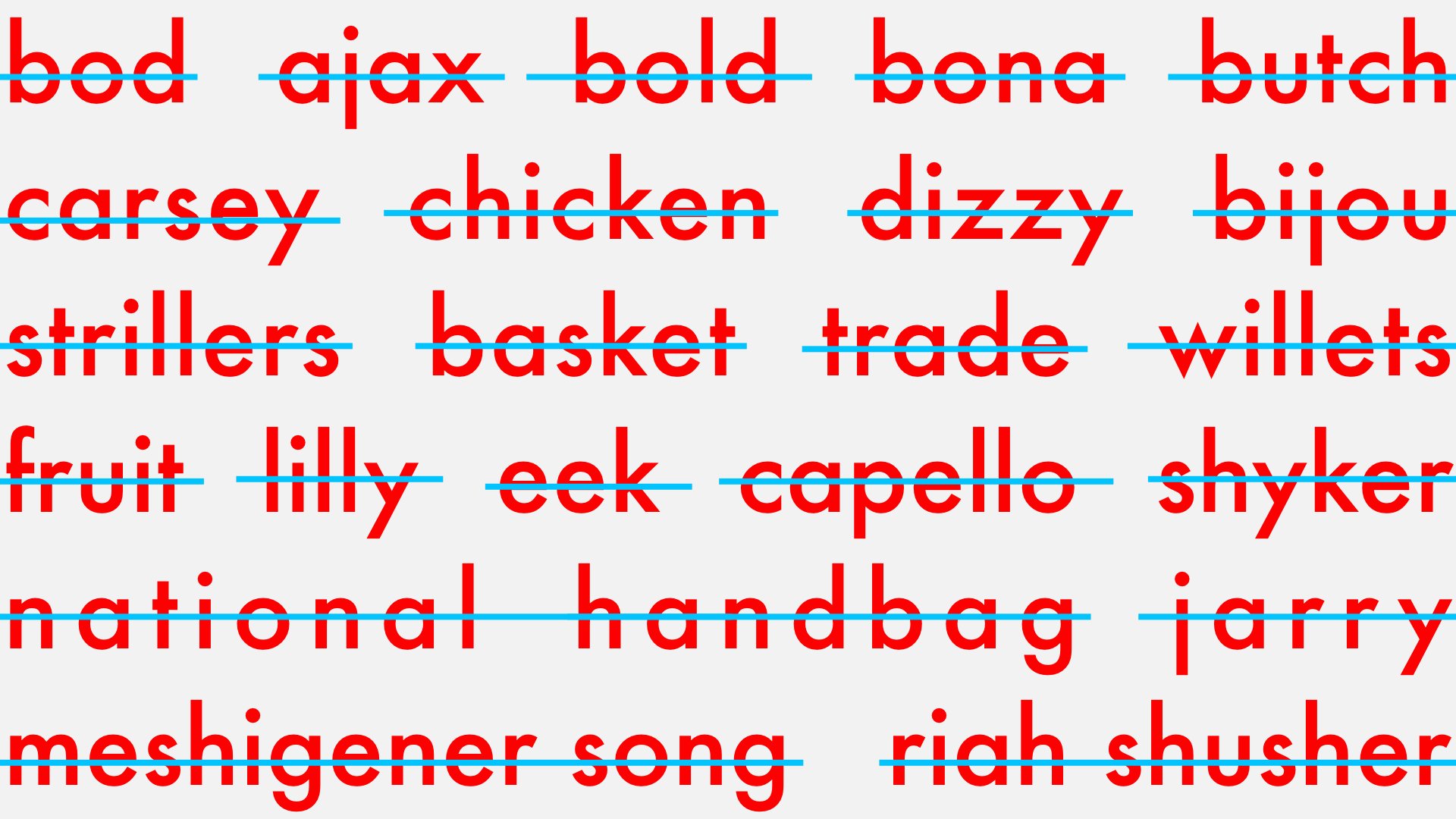 15 Jul The Secret Language of Polari

The Secret Language of Polari

The infamous trial of Oscar Wilde took place in 1895, leading to his two-year imprisonment for committing acts of homosexuality. Likely fearing a similar fate, British gay men came up with a solution – join together, and speak in code. The gay community created Polari, a secret language that allowed them to live as they pleased without being prosecuted. For these men, a sharpy was a policeman, to trade was to have sex, and a dish was an attractive man.

Fast forward 115 years to 2010, when, according the UTNE reader of May/June 2012 the University of Cambridge published a list of over 3,000 endangered and extinct languages, including Polari. Nearly unheard of by non-users until the list was published, the World Oral Literature Project opened the public’s eyes to a secret language that existed for decades. In 2002, Dr. Paul Baker of Routledge University published a little-known book entitled “Polari; the lost language of gay men” in which he writes, “Polari created a safe space for homosexuals – not a physical space, but a symbolic linguistic safe space.”

Today, researchers are debating whether to revive the language, as an important aspect of the gay identity, or reject it, as an outdated reminder of gay oppression. Because Polari demonstrates the power of language to both create and destroy subcultures, and will set a precedent concerning our response to endangered languages, we must investigate further. So today, we will first examine the history of Polari, second, analyze varying views on what to do with it now, and finally explore the implications of a lost language.

The Origins of a Lost Language

Before we can understand the current debate, we must examine first, the structure of Polari and its initial development, and second, Polari’s many uses.

First, some call Polari a pidgin, slang, or a sociolect – but others argue that its features, such as the few but existing unique grammatical structures, cultural influences, and pragmatic variety, are that of a language. However, Baker prefers to use the term “anti-language” because it both draws from and was developed in direct opposition to standard British English. Baker explains that Polari developed as a blend of “converging subcultures”, with the primary influences being the languages and dialects of criminals, travelers, circus-people, sailors, Romanians and Italians. These groups helped shape the cultural identity of the British gay community along with its language. Polari emerged as a way to hide homosexuality from British police, which until 1967 was a jail-worthy crime. As social pariahs, gay men –and to a much lesser extent, lesbians – teamed together with other despised groups. The language connected these groups and allowed them to protect each other.

Second, Polari’s uses. Besides its most essential function of hiding criminal behavior, Polari had a wide pragmatic range. It allowed for dual identification, relying on “the hearer to understand Polari and know the speaker was gay, or not understand Polari which would reveal that the hearer was not gay.” Polari was often a young individual’s first exposure to this subculture, and thus served as a mode of initiation – the Guardian of May 24, 2010 explains young men would be christened with a new camp name such as “Nanette” for “Nathan”. Additionally, while the standard Polari term for a gay man was “omee-palone,” the secret language also contained many derogatory terms for gay men. One theory is that Polari’s harshness helped gay individuals gain a thick skin, since they faced much worse abuse from the general public.

Another theory is that while we as outsiders view these words as derogatory, when used exclusively within the subculture they acted as playful insults. Lastly, in a nation where homosexuality was illegal, Polari acted as an outlet – a chance for individuals to loosen up and relax. They would use the language to “confuse and confound” straight people, saying things like, “vada the bona eek on that palone” or, “look at the pretty face on that man.”

The Revival of Polari

The decline of Polari began in 1967 when homosexuality was legalized, as was less reason for homosexuals to hide. Now that we have a better understanding of Polari’s influences, we can examine the controversy of Polari’s future, by examining the arguments for and against its revival.

First, many linguists and historians argue for a revival, because they believe we need to remember Polari as an important part of the gay civil rights movement. Baker explains that the language is part of a “shared heritage” that has led to today’s “distinct gay culture”. There are few true Polari speakers left, but the youngest is older than 60. But in the hopes of reviving the language, thesisters.org last accessed March 20, 2013 explains that The Sisters of Perpetual Indulgence are a group of gay men in San Francisco who dress as nuns to draw attention to themselves and bring awareness to sexual intolerance. They often use Polari in their performances, and have even translated the Bible into Polari. According to a January 12, 2010 interview, Paul Baker runs a monthly event featuring poems and songs in Polari, trying to add a new depth to the history of the gay rights movement.

Second, the gay liberation movement of the 1970s encouraged people to be as open as possible about gay culture. Thus, as the Manchester Evening News of August 4th, 2012 explains, Polari—a language designed to hide gay culture, rather than proudly display it—fell out of vogue. Baker explains that this language fosters an effeminate or flamboyant gay identity for males, but new liberationists saw this image as outdated and counterproductive. Evidence also suggests that Polari did not distinguish between gender and sexuality. For example, the word for a gay man, “omee-palone” literally translates to “man-woman,” echoing the old theory that gay men are women trapped inside men’s bodies. Today, many individuals disagree with promoting a language that was built on stereotypes and outdated beliefs about gender and sexuality.

Guess the polari words. To find out the answers (in blue), slide the grey tab to the far right.

Sadly, the words that survived Polari and made it into the modern English vocabulary have become far more negative than they were originally. Words like faggot, pansy, and fairy that were once used as playful insults within the gay community rapidly became words used by outsiders to attack the community. Now that we have examined the two major stances on Polari, we can explore the implications of this lost language.

First, the mainstreaming of a language can alter its social function. Because the scope of Polari is so small it provides a unique lens with which we can examine the pragmatic nature of language. Once Polari was introduced to the general public, it lost its defining characteristic – secrecy. Gay men used Polari as a way to meet each other and discuss sexual activity. Once homosexuality was legalized, the entertainment media began to incorporate the language and the public began to recognize and even adopt some Polari words into everyday British. Polari lost its utility as secret language, so its function transformed from a mode of communication into an entertainment tool and a way to celebrate the subculture – or a way to exploit it. When the dominant group co-opts the language of a minority, objectification can take place. The fact that a language can change in function so dramatically prompts us to question, is it possible for a mainstream culture to adopt the language of a subculture positively, or will there always be an element of exploitation?

Second, the paradox of identity politics. Polari allowed the gay community to unite despite oppression. However, Baker explains that the “Polari identity” stereotyped gay men, limiting their ability to assert their individual identities. The explicit, sexual nature of the language aided in conflating gay identity with sexual identity, making all other identity elements secondary. This contributes to the struggle of finding a balance between group identity and personal identities. With the extinction of Polari came the extinction of a distinct subculture within the larger gay community. Ultimately identity politics is a double-edged sword. While banding together may make a group’s collective voice stronger, it can also weaken individual voices and hide the vibrant nuances of individual identities.

A May/June 2012 Believer article states, “Polari stands as a testament to the creativity of confined spaces, and to the power of laughing in the face of powerlessness.” After examining how the language came to be, the modern Polari debate, and the implications the power of language has, it is clear that regardless of whether or not Polari should be revived today, there is no denying it existed as a part of the development of gay culture. Polari will always exist as a reminder that language is more than just a form of communication – it is a powerful identity tool.