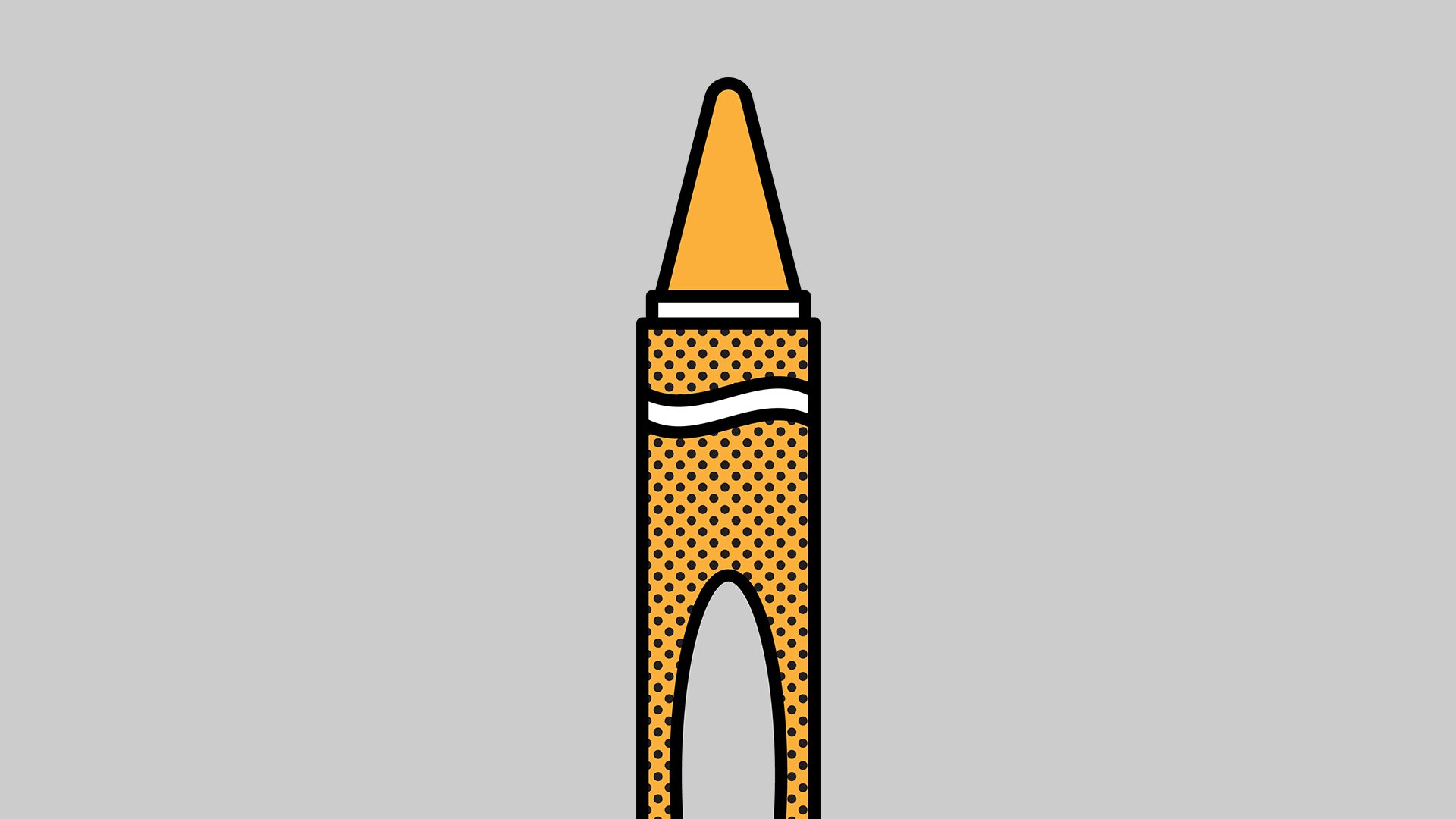 Posted at 20:08h in Articles, Episodes, Features by Loudspeaker 0 Comments

Back to the Drawing Board

In 1966, businessman Rollin King was sitting in a bar talking about how to improve his regional airline.

At one point, King was just doodling while he talked. He grabbed a cocktail napkin and drew a triangle and wrote Dallas, San Antonio and Houston. King realized it was neat, simple and not at all like the spaghetti of lines that depicted the complicated routes of traditional airlines. And it was from that simple drawing that King created Southwest Airlines. King’s “napkin technique” was doing more than creating a successful business – he was practicing Visual Thinking.

Business consultant Dan Roam is the leading advocate for visual thinking. He defined it at the 2010 South by Southwest conference, as “an amazing neurological biological cognitive process that allows us to make sense of the world in front of us.” It’s using pictures to solve a problem. The Spring 2008 Magazine of Management & Applications explains that, “everyone is born with a talent for visual thinking. The problem is that most of us are never encouraged to develop our intrinsic ability to create pictures.” Because we live in a world where the spoken word and text is emphasized, doodling to tackle tough problems has yet to catch on with most of society.

But The March 14, 2008 New Zealand Herald points out that “Visuals give you a fantastic way to capture an idea and, sometimes, they can change they way you think.” And this is why the September 2010 Wired Magazine argues that the “new language of pictures may be precisely what we need to tackle the world’s problem.” So pull out your crayons because, today, I’d like to illustrate how visual thinking is helping enhance communication and problem-solving. Let’s, first, paint a portrait explaining what makes visual thinking different. Next, depict how visual thinking works before finally “drawing up” some implications.

Visuals vs. Writing vs. Talking

Beginning with cave paintings, human beings have used pictures to communicate. But since the invention of writing and the advent of the printing press, as Social psychologist Heejung Kim points out on the American Psychological Association website with a June 2010 posting, speech is especially important in Western cultures as a primary means to express and clarify one’s thoughts. However, Roam argues in the August 29, 2010 Straits Times that “we are much more visual than we are taught to think. Humans learn to draw before they read and write. Not that reading and writing is not important, but why should we give up our innate visual abilities?”

Use the tools (above) to zoom and analyze the birth of our communication skills.

As Professor Josef Rauschecker of the Physiology and Biophysics department at Georgetown University Medical Center, pointed out to Science Daily on October 10, 2010, “The visual cortex is one of the largest and most powerful parts of the brain, with about 40 different specialized modules. By comparison, the auditory processing center in the brain only has about 20 modules.” This is why 75 percent of the sensory cells in our brain are processing visual information. The point is not to ignore our language-based approach, but to add to it with visual thinking so that we can take advantage of the way our brains work. As explained by professors Catherine McLoughlin and Krzysztof Krakowski in their 2001 article, Technological Tools for Visual Thinking, people who use this form of processing move through a continuum from visual thinking, to visual learning, to visual communication which allows for really sophisticated visual processing.

But you might be thinking, I’m a terrible artist, I could never actually use visual thinking.

However, while a picture is worth a thousand words, you don’t have to be Picasso to do visual thinking. To explain why, let’s next look at how visual thinking works. As the February 2009 CFO Magazine explains, “If you can draw basic geometric shapes, lines, arrows, and stick figures, you have all the skill you need” for visual thinking. 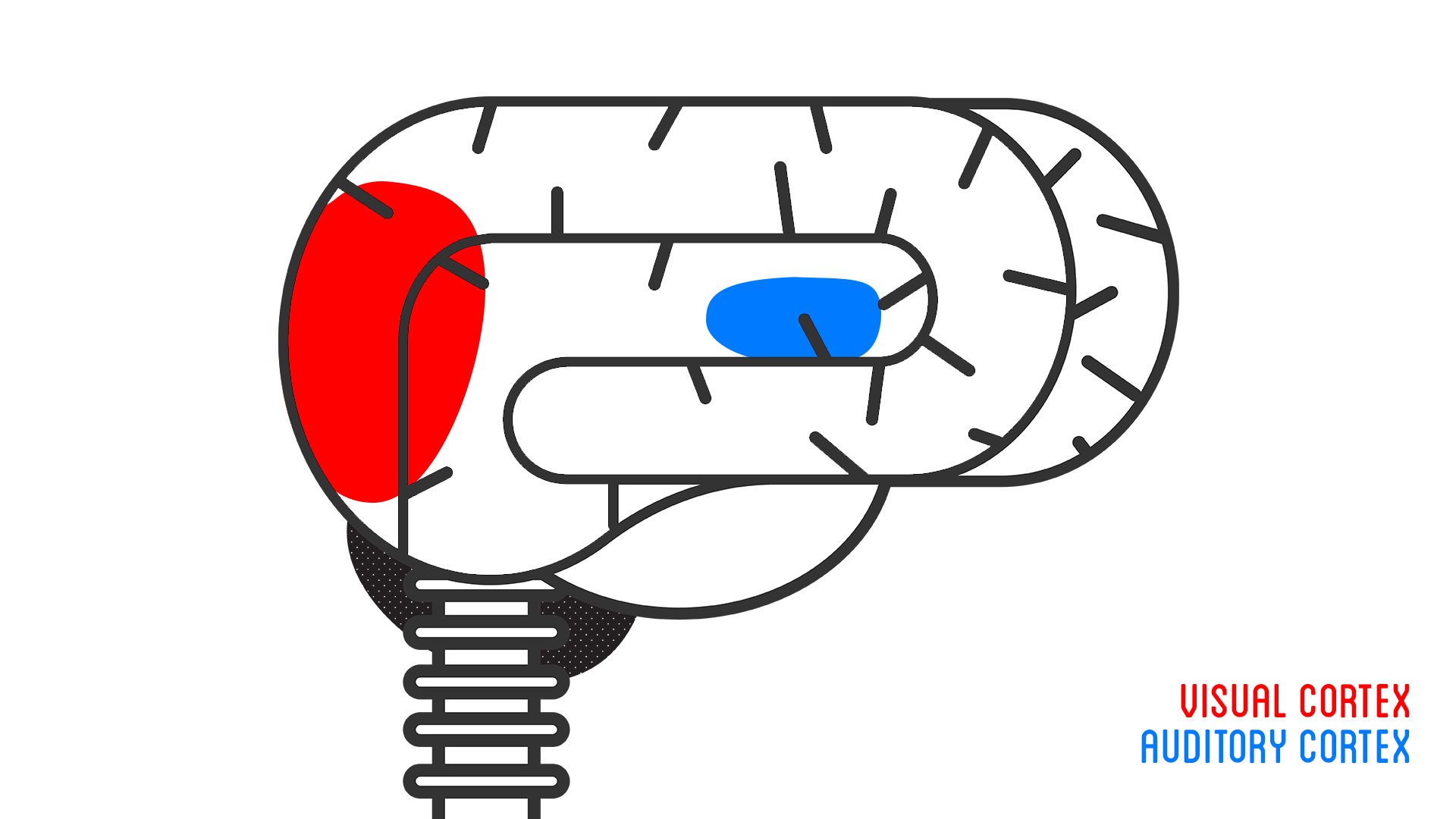 The Basics of Visual Thinking

In his 2009 book, The Back of the Napkin, Dan Roam provides the four basics of visual thinking: Look, See, Imagine, and Show. You might think the process begins when you first grab your pen, but that is actually the last step. To explain, Roam uses the metaphor of playing poker.

First, we Look. Once the cards are dealt, you have to look at them.You’re not making judgments; you’re just looking at what’s out there.

Then, we See. Seeing means recognizing the patterns contained within whatever is in front of us: colors, symbols, letter, numbers, data, faces. Seeing means making sense of the parts of the world that are visible. We recognize the patterns in our cards

Finally, we Show. Unless you’re a world class bluffer, in order to win in poker, you still need to show your cards. So finally, drawing enters the picture.

And Roam points out that if you Look, See, and Imagine well, the drawing, the Showing is guaranteed to flow. The visual thinking tools are now being used by leaders at Microsoft, Google and Stanford University. But perhaps the most famous example is when Roam helped the Obama administration with healthcare reform.

As Fox Business reported on August 24, 2009, the White House was worried about how to make sense of the 1447 pages of the bill. Roam was able to explain it in 57 drawings. That’s about 25 pages per picture. The September 29, 2009 Business Wire declared Roam’s “Healthcare Napkins” as “The World’s Best Presentation of 2009”

The Benefits of thinking Visually

However, visual thinking has the potential to do more than help you play poker or pass legislation.

And that’s why we need to finally look at two of the implications offered by visual thinking: problem solving and education. First, visual thinking offers a flexible approach to problem solving. Talking and writing about a problem is the standard process and it works, but it has its limitations. As Wired Magazine pointed out, some problems are complex enough that words don’t work well. Instead it’s easier to see solutions visually.

You can think of visual thinking as making the brain bilingual when it comes to problem solving. Take brainstorming. Cornell professors demonstrated in the February 2010 Computer Supported Cooperative Work journal, that when people were allowed to use visual thinking techniques along with the conventional brainstorming, there was a significant increase in idea production and how much people valued those ideas.

This is why Boeing has adopted the use of visual thinking. When they were building their new 787 jetliner, they knew that one problem would be that they were using manufacturing input from 15 different countries in as many languages. As the Bucknell University Creativity Beyond the Box series reported on October 27, 2010, by using visual thinking Boeing was able to explain complex problems and arrive at effective solutions despite the language problem.

Second, this is why educators are beginning to look at visual thinking. They’ve recognized that most schools don’t use visual thinking. As the July 12, 2008 Guardian explains, ask a class of six-year olds how many can draw, and every hand goes up. And of course maybe only two can read. Now ask 16-year olds the same questions- all can read, but maybe only three would say they can draw.

This is why advocates argue that if we put more emphasis on the visual abilities in the classroom, we could help students understand things that words have trouble explaining. Derek Bruff, an assistant director at the Vanderbilt Center for Teaching, commented with an August 25, 2010 posting on his blog that visual thinking helps students see the forest for the trees.

The problem is that we start thinking of drawing as “art,” but visual thinking isn’t about art. Instead, as Dr. Temple Grandin pointed out in her February 2010 TED lecture, using visual thinking in the classroom could help students look at problems from a different perspective.

Mightier than the Sword… and Pen

Today, by understanding what makes visual thinking different, how it works, and appreciating its implications for problem solving and education, you can see why Dan Roam claims, “Whatever our problems may be, I believe we can solve our problems with pictures.” Visual Thinking would allow them to create the framework that illustrates basic ideas and principles. As a speaking activity, we justifiably embrace the power of words. Still, while the pen is mightier than the sword, thanks to the power of visual thinking, the crayon might get us even further. 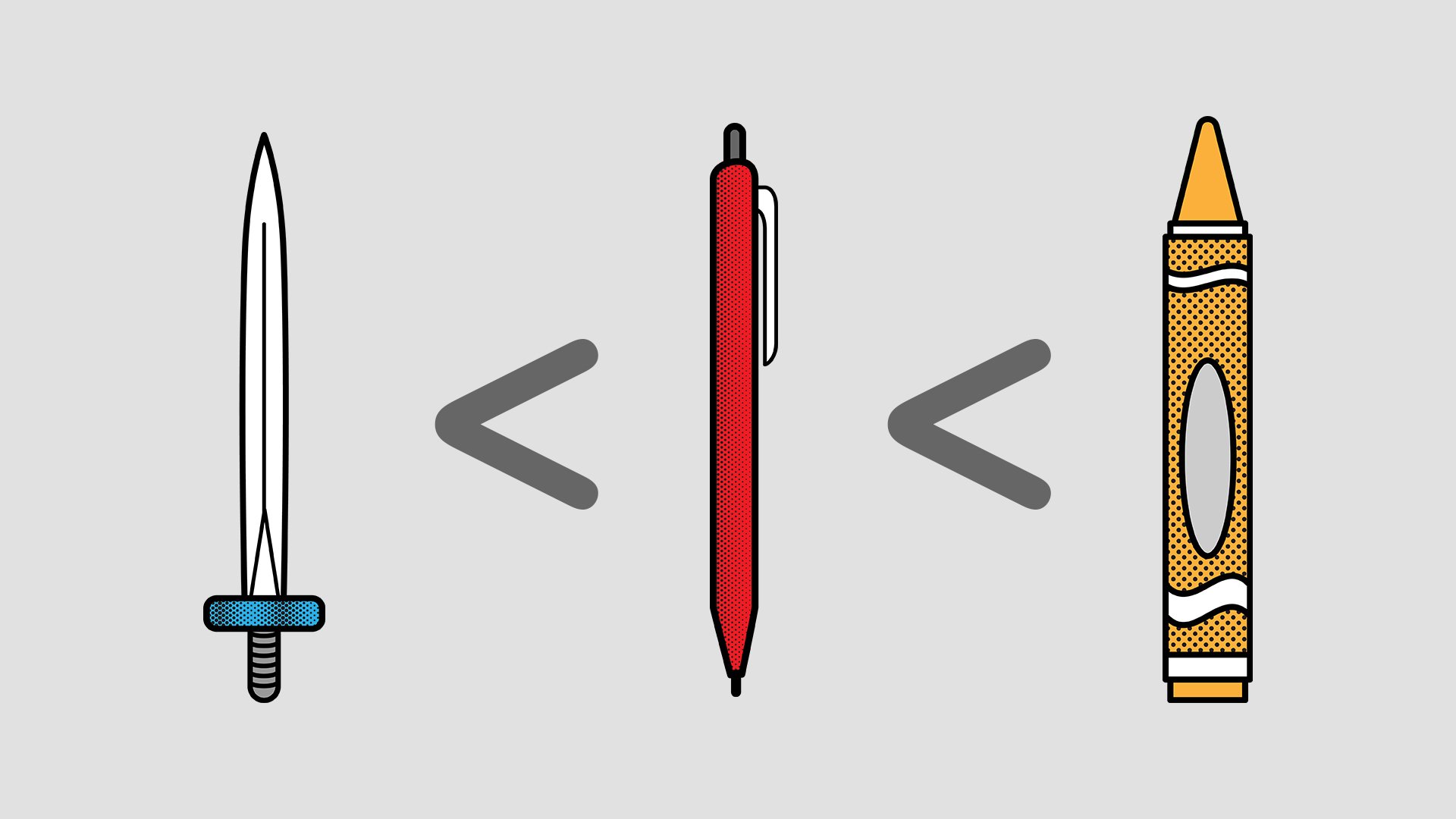