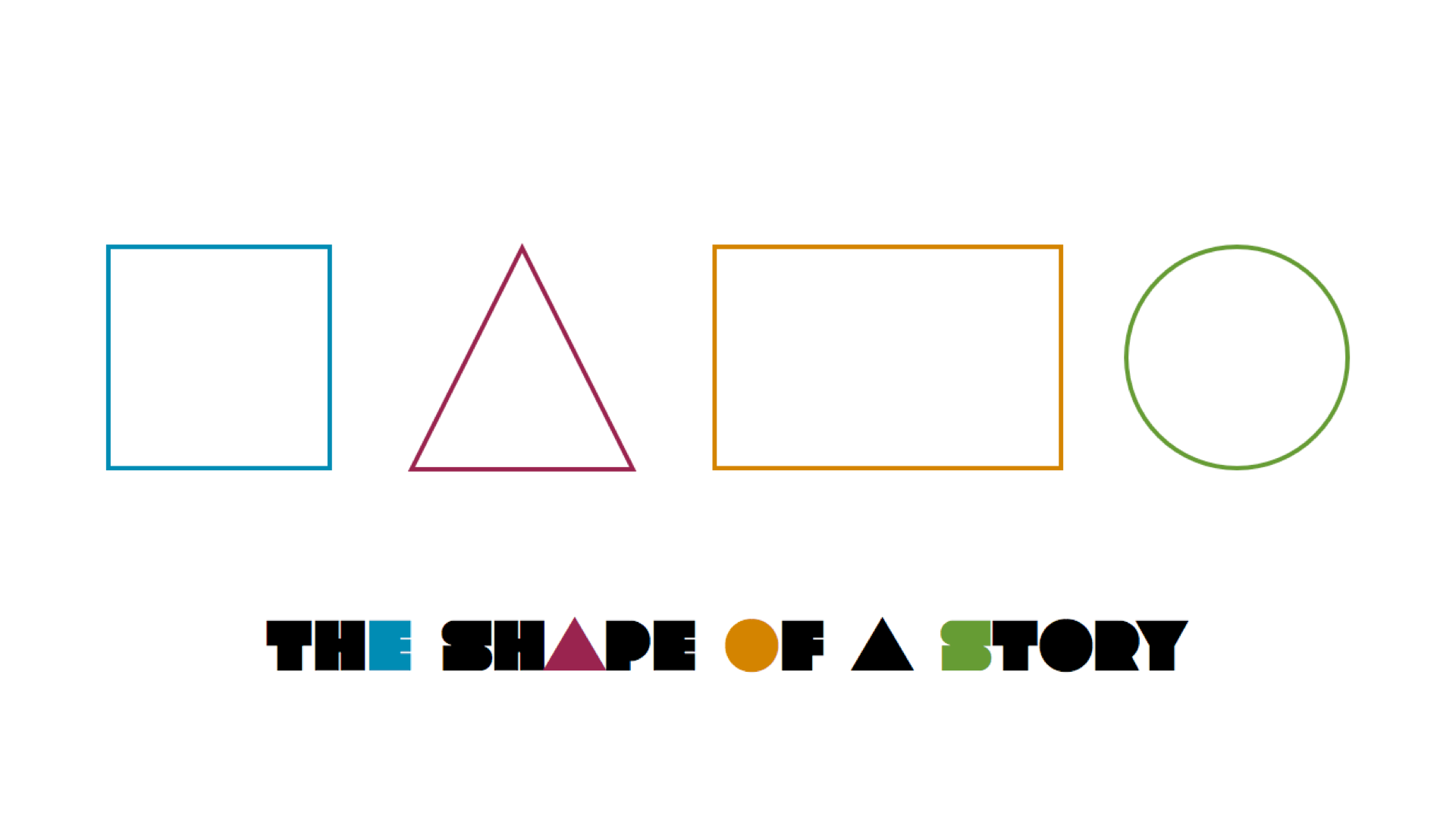 12 Mar The Shape of a Story

Posted at 20:25h in Articles, Features by Loudspeaker 0 Comments

The Shape of the Story

When I started watching the television show LOST, I barely knew what I was getting myself into. It was the summer of 2010, right after the conclusion of the series, and I watched the episodes at my own pace from Hulu and DVD sets.

Sure, I cringed in the pilot when the polar bear appeared on the obviously tropical island. I sighed when the mixed mythologies of said island never struck a satisfying resonance. I rolled my eyes when yet another mysterious detail was introduced, knowing it would never be addressed.

And yet, I watched all 121 episodes in the series. Eagerly, at most points. I stuck with the dozens of characters and the sprawling storylines. I followed the nonlinear frolicking gladly, waiting to find method in the madness.

Looking back, it wasn’t any promise of answers that kept me watching—the writers taught me again and again not to expect such satisfaction. It was the enormity of the story that drew me to LOST, the massive undertaking that occupied these writers and actors for six seasons. I’ve talked at length with folks I know about the strengths and shortcomings of the show, and now I’m finding perspective on it a little more easily. Namely, it seems LOST might have been ahead of its platform: the story didn’t quite fit the shape.

Last fall, I watched just a few short segments of NBC’s new show Revolution, brought to my living room by none other than LOST producer J. J. Abrams. I found the post-apocalyptic drama interesting, but I didn’t feel compelled to commit. Variety’s Andrew Wallenstein compared Revolution and a handful of other new shows to LOST, praising the high level of engagement such programs provide, but warning viewers that such shows do not last: complicated stories that don’t fit the confines of weekly episodes lose viewership and lose network support.

“I’ve been burned too many times before,” Wallenstein told NPR on December 2012. “Sorry, but I can’t fall in love if you’re just going to end up leaving me.”

While Wallenstein’s concern was very real, it wasn’t the fear of cancellation that kept me from setting my DVR: with another Abrams creation, I knew it would take a certain amount of dedication if I wanted to fully digest another ambitious program.

As Wallenstein said of LOST and similar programs, “Fans don’t just watch these shows, they obsess over them.”

And the entertainment industry isn’t blind to this evolving fandom.

The rise of the Internet and streaming media platforms such as Netflix have accommodated what many are calling the “binge-viewing” trend, in which fans consume larger, longer portions of series in fewer sittings than the typical weekly television format tries to dictate. Critics and commentators everywhere point to the negative effects of “binge-viewing,” a term whose connotations make me leery to use it too freely.

The New York Times’ Brian Stelter calls it yet “another example of overindulgence,” while one Slate writer deems it a “pandemic” often found among “America’s unprincipled youth”.

But this force seems to be causing a shift in the market. Netflix has now released its first original series—House of Cards—aimed at the type of consumer the company knows best. And as of early February, the original show was the “most watched thing on Netflix” internationally.

In the end, I can’t help feeling that a good story will persist no matter its shape.

Would I have enjoyed LOST if I had watched it not-so-patiently in its weekly format? Perhaps not, but I am—as I suggested—not so patient. If I learned nothing else from becoming a LOSTie, it was to appreciate the attempt to create such a complex epic in such a temperamental environment as television.

In her book The Television Will Be Revolutionized, Amanda D. Lotz writes, “Historically, technological innovation primarily has been a story of replacement in which a new technology emerged and subsumed the role of the previous technology” (6).

While critics warn that marathon viewing sessions will ruin television as we know it, I don’t think they have much to fear. Lotz explains that even when technologies are replaced, they don’t disappear. As television rose and assumed the societal functions that radio had served, radio merely “repositioned itself” in the market to discover new roles to play (6). Sure, I’ll never get to experience live radio drama like the 1938 adaptation of The War of the Worlds, but I think verbal media continue to leave a fabulous legacy with creations like NPR, Radiolab, and even Loudspeaker.

And the evolution of entertainment will continue.

I was pleasantly surprised by the hectic, dense nature of LOST. And I was happy to come to such an ambitious creation at my leisure using various technologies.

Even with our shifting habits of consumption, the quality of the stories we tell won’t change—even if their shapes do.